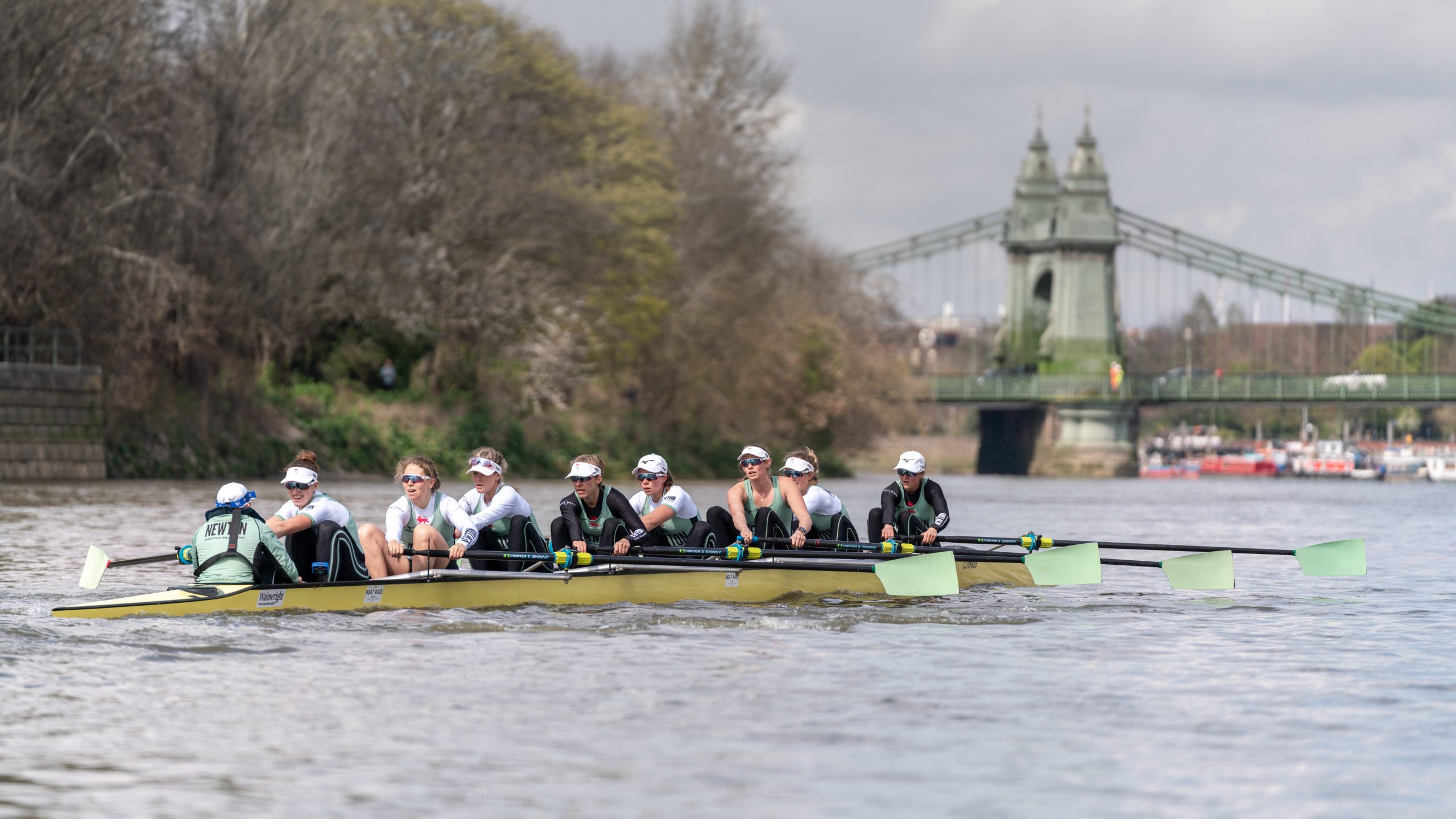 As the UK’s oldest and undoubtedly most famous universities, spaces at Oxford and Cambridge are highly sought after. However, you can only put one of the two on your UCAS form. So, which should you choose?

The University of Oxford and the University of Cambridge share some similarities, including competitive entry, the collegiate system, centuries-old tradition, colleges and tutorial-style teaching, as well as being renowned as world-class institutions. But the differences between the two universities are also extensive. The universities offer some different courses. Many Members of Parliament (MPs) have studied Oxford’s famed Politics, Economics and Philosophy (PPE) course, which is not on offer at Cambridge. At Oxford, you can also read joint courses, while Cambridge does not offer this option. Natural Sciences is a three-year degree course unique to Cambridge, where a number of science subjects can be studied before specialising later on. At Oxford, students of science must select a single speciality, such as Biology, Chemistry or Physics, from the beginning of their degree. Cambridge also offers courses in Education, Architecture and Veterinary Medicine at undergraduate level, while Oxford allows the study of Art and Design. Although Oxford is often considered the place to go to study humanities, while Cambridge is seen as better for sciences, in reality, both are equally renowned for the arts, sciences and humanities.

Both universities stress that the choice of degree is the most important decision to make, rather than which university. It would be fruitful to visit the relevant department at both Oxford and Cambridge, so look out for both university-wide and specific college open days. You should also pore over the course syllabus on the university websites and see which spends more time on the areas that interest you. For example, Early Medieval Literature is a compulsory part of the English undergraduate course at Oxford, while the Cambridge course doesn’t stretch so far back.

Both universities have similar student numbers, with around 23,000 at Cambridge, and 24,000 at Oxford. Student to staff ratios are also similar between the two institutions, at around 11:1.

At Oxbridge (the term used to refer to the University of Oxford and the University of Cambridge together), terms are short, only around 8 weeks long compared with other universities with 10 to 14-week terms. But don’t be fooled – expect these periods to be intense! You’ll have a busy week of lectures and personalised teaching, called ‘supervisions’ at Cambridge and ‘tutorials’ at Oxford.

The tutorial-style teaching is part of what makes Oxbridge so unique. Hour-long sessions in small groups challenge students to think critically. You’ll be expected to produce essays or other material for these sessions, so you’ll need to be on top of deadlines. Time management is key when studying at Oxbridge. Although not formally assessed, these sessions are used to review progress and provide regular feedback to students.

Oxford degree classifications are generally heavily weighted by final year exams. At Cambridge, students are usually assessed at the end of every year, with their final degree classification determined by more than one year’s worth of exams. Informal assessment is conducted through work produced for tutorials/supervisions.

Oxbridge applications must be made through UCAS. Applicants will usually be required to take an admissions test, generally in the form of a written test or assessment, and may be asked to submit written work. Cambridge also requires the completion of an online Supplementary Application Questionnaire (SAQ) after submission of the UCAS application.

Both universities look at GCSE grades, but your results will be viewed in context. Generally, Oxford is more concerned with GCSEs, although they stress on their website that these grades are seen as just one part of your application. Cambridge do not list any GCSE requirements, although they view GCSEs as a performance indicator, again in the context of your school.

If shortlisted, students are invited to interview, at which they’ll be expected to demonstrate enthusiasm for the subject. One major difference when applying to Oxford or Cambridge is that the former only interview about 20%-40% of undergraduate applicants, while the latter interview around 80%. The interview will be difficult – it is designed to challenge you, to find out how you apply your knowledge and to see how receptive you’ll be to the kind of teaching on offer at Oxbridge. Make sure you’ve brushed up on anything you put on your personal statement. There is a ‘pool’ system at both universities, whereby if one college doesn’t feel you’re the right fit, you may be called for an interview at another college.

At Bruton Lloyd, we offer Oxbridge applicants the chance to practise their interview skills with an experienced professional, so do get in touch with our team to make sure you’re well-prepared on the big day.

Neither city is large, so both are navigable on foot, although Oxford is bigger than Cambridge. Many students choose to travel around by bike, although bus travel is easier in Oxford, as the city has two major bus companies rather than just one. Both Oxford and Cambridge are very picturesque, but in general, Cambridge is seen as the quieter, prettier and greener of the two, while Oxford is considered the livelier. Indeed, Cambridge is more of a laid-back town with a campus feel, where a fifth of the population are students and its city centre is dominated by the university. Oxford is busier, with more shops, museums and galleries, and bars and clubs.

Having said this, both cities have a great student nightlife, with many colleges holding events. The May Week celebration period following end-of-year exams at Cambridge is a famous tradition, consisting of balls, garden parties and other events. The Oxbridge Student Unions regularly host politicians, TV personalities and other big names. Indeed, joining student clubs and societies is a great way to make the most of your time at Oxbridge. Historic architecture can be found in both cities, and both have rivers running through their centre. In Oxford and Cambridge, punting along the river is a long-observed ritual.

A common stereotype is that Oxford is conservative while Cambridge is progressive, but you’ll find a mix of conservatives and left-wingers at both universities. It is likely more dependent upon the college you select. Oxbridge comprises individual colleges as well as academic departments. Each student is a member of the university, a department and a college. The university, through the academic departments, is responsible for course content, core teaching, examinations and awarding degrees, while the college provides a home to students while they are studying. Colleges are where small-group tuition, academic and pastoral support and facilities are.

The atmosphere at both universities varies depending on the college. Some colleges are more modern and relaxed, whilst others are older and more traditional, with more striking architecture. All Oxford colleges are now co-educational, while Cambridge still has three all-women colleges (New Hall/Murray Edwards College, Newnham College and Lucy Cavendish College).

Cambridge is famous for producing scientists, with 90 Science Nobel laureates having studied there, compared with 55 having learnt their trade at Oxford. Renowned scientists from Cambridge include Newton, Darwin and Attenborough. A number of illustrious comedians and satirists are Cambridge graduates, including Eric Idle, Hugh Laurie and Stephen Fry.

Meanwhile, Oxford is celebrated for producing Prime Ministers (PMs). Indeed, 28 of the 55 PMs to date graduated from Oxford, including David Cameron and Margaret Thatcher, while 14 went to Cambridge.

The historic but friendly Oxford-Cambridge rivalry traces back over 800 years to the conception of the colleges. Cambridge was actually established by scholars seeking refuge after being forced to flee Oxford in 1209 due to being set upon by hostile townsfolk. Thus, Oxford is older than Cambridge, the former being the oldest university in the UK and the latter the second-oldest. The clash between the two universities comes to a head with the annual boat race on the Thames in London, where Cambridge sport light blue shirts and Oxford dark blue.

In summary, both Oxford and Cambridge are excellent universities. More important than choosing between the two is selecting the right course, as you’ll be studying it for a number of years.

For help with your application or for any other guidance surrounding the Oxbridge admissions process, get in touch with our team today. And good luck!

How to Stay Motivated in the First Term Back at School

It can be hard staying motivated for the duration of the school year, so here we provide advice to help …

Art Portfolios – The Key to Succeeding in the World of Art

Are you hoping to study Art at GCSE or A Level? Have you ever considered becoming an artist? How about …

We spoke to our Admissions Mentor, Anna, about her experience at the University of Oxford. Learn more about how to …

As the UK’s oldest and undoubtedly most famous universities, spaces at Oxford and Cambridge are highly sought after. However, you …