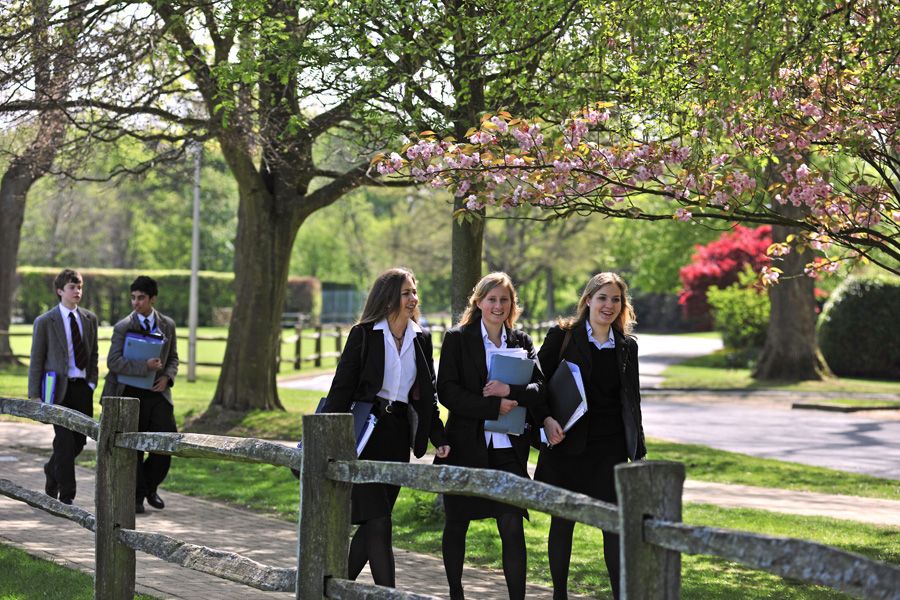 Boarding schools, where children live within the premises of the institution while being given educational instruction, have existed across many centuries and cultures. The word ‘boarding’ stems from ‘bed and board’, indicating the provision of lodgings and meals. UK boarding schools have even appeared in pop culture about school children throughout history, providing the setting for JK Rowling’s Harry Potter series, Enid Blighton’s Mallory Towers and St Trinian’s amongst others.

This post will discuss UK boarding schools specifically: their evolution, their appeal, and boarding options today.

The evolution of boarding schools in the UK

The King’s School Canterbury brands itself the oldest school in the world, with education taking place in its grounds since 597 AD, when St Augustine arrived in England on crusade and founded a monasterial school. The school was reinstituted in 1541 by Royal Charter. King’s Ely is another British boarding school that classes itself amongst the oldest schools in the world, founded in 970 AD. In 1541, it was re-endowed and retitled by Henry VIIII in the course of the Dissolution of the Monasteries.

Founded in 1382, Winchester College markets itself as the English school with the longest continuous history. Established by the Bishop of Winchester and Chancellor of England, William of Wykeham, Winchester College was intended to educate boys from poor families to become clergy. Winchester College was to act as a feeder to New College, Oxford, also founded by Wykeham. The school maintains its legacy of generosity today, offering one of the most comprehensive bursary programmes in the country. In fact, nearly 20 percent of students receive financial support, or 120 pupils.

In 1440, Henry VI founded Eton College, which followed a similar structure to Winchester College. At Eton, 70 poor boys, or ‘King’s Scholars’, were provided with accommodation and education for free. Also for children of limited financial means, Christ’s Hospital School was set in motion by the young King Edward VI in 1552, with funds raised by the City of London. The pupils were cared for and prepared for future careers, with girls admitted from the beginning. Westminster School’s origins can be traced to a charity school established by the Benedictine monks of Westminster Abbey. Interestingly, Merchant Taylors and Haberdashers borrow their names from merchant guilds, as members of the Merchant Taylors’ Company and Haberdashers’ Company founded the respective schools.

During the Reformation, schools were separated from the Church, no longer focusing on religion. For the aristocracy, private tuition was usual before the 16th century, but after this time, collective education began to be favoured. Many boarding schools became independent schools when they began to attract fee-paying upper-class and bourgeois students, particularly by the 18th century. This period saw an expansion in boarding schools as the Industrial Revolution led to increased affluence. Noble-born boys were educated at these institutions to become future commanders, politicians and military leaders. Meanwhile, girls were generally educated in a domestic environment up until the mid-19th century, when the first girls’ boarding schools opened their doors. Cheltenham Ladies’ College was founded in 1853, and Roedean School in 1885. The Education Act of 1880 made education obligatory for all children between the ages of five and ten, regardless of gender.

In bygone days, boarding schools had a reputation for being cruel and tyrannical, with regimented routines and corporal punishment being the norm. In Dickens’ Nicholas Nickleby, he makes clear his view of such institutions, disclosing the barbarity of Yorkshire’s infamous boarding schools. Thankfully, times have changed, and now boarding schools are friendly, comfortable places of community, for children to be supported on each step of their educational journey.

In terms of gender composition, some of the most traditional all-boys’ boarding schools have, since the mid-late 20th-century, admitted girls to become fully co-educational. Marlborough College, which was in 1968 one of the first traditional all boys’ boarding schools to admit girls into the Sixth Form, became fully co-educational in 1989. King’s School Canterbury became fully co-ed in 1990, having only educated boys for almost 1,400 years until the early 1970s when girls were first allowed into the Sixth Form. Girls first became full members of Westminster School in 1973, and of Rugby School in 1992.

The prestige, history and tradition of boarding schools has been amalgamated with the modern day for the unique concept that is the British boarding school. Sevenoaks was a pioneering school to introduce the International Baccalaureate (IB), a curriculum encouraging an international worldview, and independent and critical thinking. Adopting a trail-blazing, contemporary approach, the school launched the IB programme in 1978, with IB completely replacing A-Levels at Sevenoaks over 20 years ago.

Meanwhile, modelling itself as an alternative to the mainstream boarding school, Bedales School offers a ‘liberal education’. Jettisoning hard rules, students at Bedales don’t wear uniforms and refer to their teachers by their first name, although pupils must still be respectful. The school has even developed its own ambitious qualification programme, Bedales Assessed Courses (BACs), to accompany core iGCSEs in Mathematics, English, Sciences and Modern Languages. Renowned for the liberal arts and humanities, Bedales breeds creatives. Actors Daniel Day-Lewis and Minnie Driver, models Cara and Poppy Delevingne and singer Lily Allen are among the school’s famous alumni.

The appeal of boarding schools

As state schools begin to level the playing field, what do boarding schools offer? UK boarding schools are still highly regarded thanks to their world-class teaching, outstanding facilities and exceptional pastoral care. A comprehensive network of support means that pupils are always looked out for, with the school acting as a home away from home. Moreover, weekend activities and trips, horse riding and public speaking are among the variety of extracurricular activities and opportunities on offer at these institutions. Today, the top boarding schools have acquired the latest technologies and equipment for their students. Indeed, for these reasons and thanks to the structured delivery of learning offered to their pupils during the Covid-19 lockdowns, boarding schools have become increasingly in-demand since the pandemic began.

The sense of camaraderie amongst boarding school pupils is another element of the appeal of these institutions. Boarding schools foster independence, self-sufficiency and self-confidence amongst their charges. Personal development is seen as critical to prepare students for life after school. Offering an academically rigorous and integrative education, such is the defining culture of these schools that it is often traditional for generations of one family to often attend the same school. The international appeal of British boarding schools means that they are also increasingly taking a global view, promoting understanding across a diversity of cultures. Children of all faiths and nationalities are welcomed at these schools.

Some of the most traditional schools still only offer full board, where students only return home for exeats (permitted leave from school, usually twice a term from Saturday afternoon to Sunday afternoon). At these schools, weekly or flexi boarding is not on the menu. Having said this, parents often visit the school to watch their children perform, in sports matches, plays or concerts. Moreover, students are encouraged to keep in regular touch with family via technological means. Through taster weekends and extra support for new pupils in the first few weeks, schools ensure the transition into boarding school life is as smooth as possible.

For boys, these schools include Eton, Harrow and Winchester, whilst for girls, Roedean, Badminton and Cheltenham Ladies’ College only offer full board. Milton Abbey and Marlborough College are among the mixed gender full boarding schools. If a child is attending one of these institutions but their parents live abroad, a guardian is required. At mixed sex schools, girls and boys have separate accommodation. A number of the traditional boarding schools also take some day pupils.

An increasingly popular option, pupils who board weekly would return home on Friday or Saturday afternoons and be expected back at school on either a Sunday evening or Monday morning. This mode of boarding is ideal for families where the parents are away or work long hours, or for those who do not live near enough the school to be day students. Thus, weekly boarders can spend time with their friends at school during the week, and return home for family time on the weekends.

Flexible boarding policies vary between schools, but most ask parents to reserve boarding nights at the commencement of every term. The most favoured days for boarding are Thursdays and Fridays. Flexi boarding is particularly suitable if your child does after school activities a few nights a week. Some flexible boarders remain at school during exam times, or choose to become full-time boarders in the sixth form. If not yet ready to commit to full or weekly boarding, this mode of boarding may be the preferred option.

How can Bruton Lloyd help?

If you’re interested in getting your child into one of the top UK boarding schools, such as King’s Ely, Ellesmere College, Eton, Harrow, Sevenoaks or Malvern College, contact our team today. A Bruton Lloyd educational consultant can guide you every step of the way through the UK boarding schools selection process.

All About the International Foundation Year

When it comes to exams, preparation is key. This means revision. But why is revision so important? Revision involves looking …

All About Art Foundation Courses

An art foundation course is a transitional year that bridges the gap between secondary education and an undergraduate course. Courses …

How to Secure a Summer Internship

A summer internship is work experience done for a company or organisation over a student’s long holiday from university. Usually, …